Understanding the Difference Between PIPAC and HIPEC 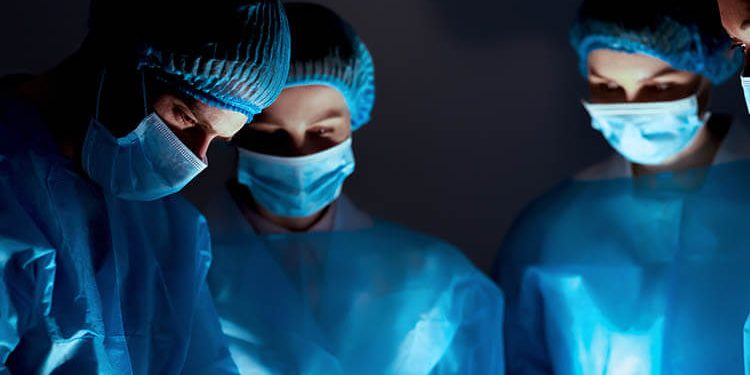 When chemotherapy is required to fight colorectal cancer, there are two innovative techniques to treat peritoneal metastases that are offered alongside tablet or injection chemotherapy; PIPAC or HIPEC. However, currently PIPAC is only available on a very limited basis.

While the decision to offer cancer treatments is ultimately decided by a patient’s treating team, patients should also have a say in the type of treatment they want to receive from the options they are offered. To choose the right option, it is important to understand the difference between these two techniques.

Here, we will look at the differences between PIPAC and HIPEC. You will also learn more about the recent clinical trial Dr Jamie Murphy has established to assess PIPAC in the treatment of metastatic colorectal cancer.

PIPAC (Pressurised Intraperitoneal Aerosolised Chemotherapy) is a new form of chemotherapy that is delivered as part of an operation. The PIPAC chemotherapy is directly inserted into the patient’s abdomen, where it stays for 30 minutes during the operation. The entire procedure takes approximately 2 hours, patients can usually go home the same day, and it needs to be repeated every 6-8 weeks.

It is a minimally invasive procedure, supplying chemotherapy in aerosol form. A laparoscopy is performed, and a specialist device is used to administer the chemotherapy like a fine rain into the abdomen. The pressure that is obtained in the abdomen provides a more concentrated amount of chemotherapy without causing the traditional negative side effects. However, it is not a replacement for oral or injection chemotherapy and works alongside those treatments.

How does it differ to HIPEC?

HIPEC (Hyperthermic Intraperitoneal Chemotherapy), is a much more invasive procedure where an operation is performed to remove as much cancer as possible from the abdomen. It involves surgery to remove tumour implants from the body, before chemotherapy is administered during the procedure to kill off remaining cancer cells.

This form of chemotherapy is also administered into the abdomen, where it remains for 1  hour. It is also heated as the heat is known to boost penetration of the drug into the necessary cells. So, how does it differ to PIPAC?

HIPEC surgery is used to destroy cancer cells and remove tumours, and so it is a much bigger procedure that PIPAC. For that reason, patients are often in hospital for between 2 and 3 weeks after HIPEC surgery, and it is rare for patients to have a HIPEC operation more than once. Patients will be treated with a course of tablet or injection chemotherapy before HIPEC surgery, and may also need that chemotherapy after the operation. It is not possible to have a PIPAC operation after HIPEC surgery because of the scar tissue caused by HIPEC. PIPAC is used to shrink tumours within the peritoneum. It can therefore be used on patients who were not considered a viable candidate for HIPEC. After receiving PIPAC treatment, the tumours could shrink enough to make HIPEC a possibility.

So, PIPAC isn’t a replacement for HIPEC or systemic chemotherapy. Instead, it is a complementary treatment that can be used alongside more traditional methods.

In 2019, Dr Jamie Murphy established a clinical trial to assess the effectiveness of PIPAC. The trial considers patients for PIPAC who have been treated with an initial course of chemotherapy for six months with no growth of the cancer on CT scan, or those who have been switched to a second different type of chemotherapy by their oncologist that has stopped the cancer growing on CT scan.

Being a new procedure, it needs to be fully assessed before it can be administered into mainstream treatment. Current results have proven promising, showing PIPAC has the ability to shrink secondary tumours within the peritoneal cavity.

Although PIPAC isn’t suitable for all patients, it does widen the treatment options for those fighting colorectal cancer. Used in conjunction with traditional chemotherapy, it may also help more patients qualify for HIPEC treatment.

For more information on the treatment of metastatic colorectal cancer, call us on  020 3137 2892 or email us on admin@drjamiemurphy.co.uk to arrange a consultation with Dr Jamie Murphy.