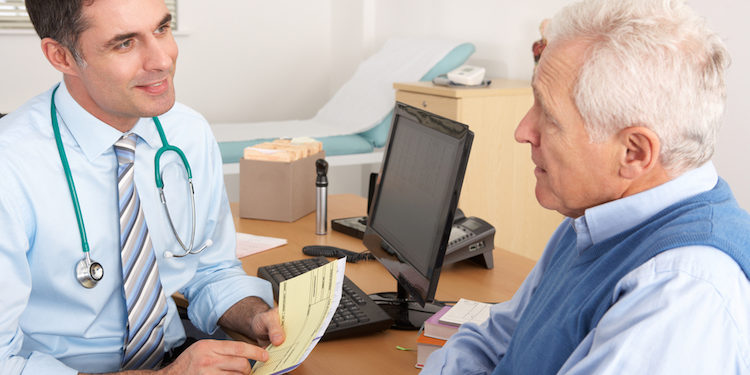 One in 14 men and one in 19 women will be diagnosed with bowel cancer during their lifetime. The disease claims over 16,000 lives a year in the UK, making it the second biggest cancer killer. It is most common in the over 50s, accounting for nine out of 10 new cases.

The Movember Foundation is the leading charity focused on changing the face of some of the key areas of men’s health. Their core focus is on prostate cancer, testicular cancer, and mental health and suicide prevention.

However, as bowel specialists, we are joining in by raising more awareness about mens health this November, in relation to bowel cancer.

Up by Nearly a Third 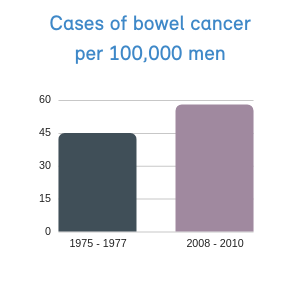 In 2013, Cancer Research UK developed a campaign specifically targeting men after figures showed that bowel cancer rates in men had risen by nearly a third over the preceding 35 years.

Make Bobby Proud was launched by the widow of footballing legend Bobby Moore who died from the disease aged just 51.

Its aim was to raise awareness and educate men about bowel cancer.

Since then there have been other campaigns to make people aware of the symptoms of bowel cancer to look out for.

These include bleeding from your anus or blood in your stools; unexplained weight loss; persistent and unexplained changes in bowel habits; extreme tiredness and a pain or lump in your tummy.

The good news is that while bowel cancer rates have risen so too have survival rates. In fact the number of people surviving bowel cancer for 10 or more years after diagnosis has more than doubled in the last 40 years, from 22% to 57%.

Researchers are not sure why rates of bowel cancer are higher in men than in women.  It may be that men have a tendency to pay less attention to their health, weight and diet than women and are less inclined to visit a doctor if they notice unusual symptoms.

However, there are certain things that all of us can do to reduce our risk of bowel cancer. These include:

Screening is another important way of preventing bowel cancer. The disease is very treatable if caught early – around nine out of 10 people with bowel cancer will survive for five years or more if it is diagnosed at the earliest stage.

In the UK people over the age of 60 are automatically screened for bowel cancer on the NHS, however, anyone of any age can undergo private screening.

Comprehensive imaging of the bowel can provide valuable peace of mind and may identify cancer in its earliest stages even before there are any symptoms.