Cut Your Bowel Cancer Risk in Just 30 Minutes a Day 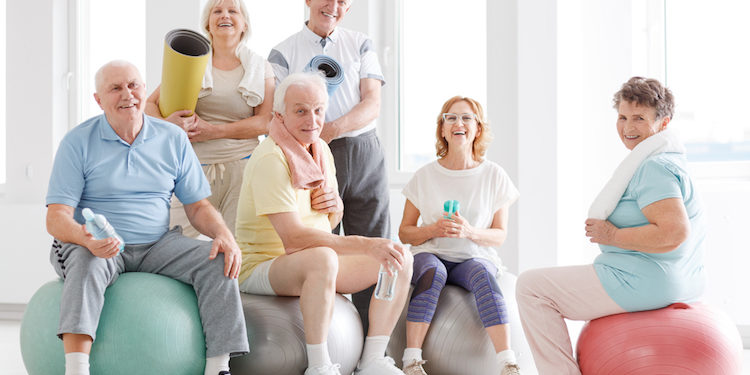 If you knew you could cut your risk of bowel cancer with just 30 minutes of physical activity five days a week, would you do it? This is all it would take, according to scientists, to reduce the chances of developing bowel cancer and yet two thirds of adults aren’t aware of this.

Bowel Cancer UK conducted a survey among 2,000 adults in 2018 and found that 63% of them had no idea that being physically active for 30 minutes a day could reduce their risk of bowel cancer.

In response, the charity developed its “Step up for 30” challenge to encourage people to get more active.

Studies have shown that doing 150 minutes of moderate aerobic activity a week – such as aerobics, cycling or fast walking – can reduce your risk of developing bowel cancer by as much as 12%.

In the US, a National Cancer Institute study of 1.4 million people found that those with the highest levels of physical activity had lower rates of colon cancer compared to those with lower exercise levels.

Researchers believe there may be several reasons for this:

Half of bowel cancer is preventable

More than half – 54% – of bowel cancers are believed to be preventable, so taking action to reduce individual risk could help to save a lot of lives.

Other ways to reduce your risk of bowel cancer

There are other steps you can take to cut your chances of developing bowel cancer:

Screening is another way to protect yourself against bowel cancer as it can pick up the early signs of the disease, even before there may be any symptoms.

If it is detected in its earliest stages, bowel cancer can normally be successfully treated but, sadly, many cases are not picked up until the cancer is more advanced.

Everyone over the age of 60 in England and Wales is automatically invited to take part in the NHS bowel cancer screening programme. Once you reach this age you will receive a home screening kit every two years until the age of 74.

Alternatively you can choose to undergo private bowel cancer screening at any age. This has the advantage of using the most in-depth and accurate screening methods – using a colonoscopy – to look for polyps and remove in the bowel which can become cancerous over time.

Taking action to protect yourself against bowel cancer can and does significantly lower your risk.

Aside from that, eating healthily and exercising regularly helps you to look and feel good and reduces the risk of other health conditions too, such as diabetes and heart disease.