Colorectal Cancer Survival Statistics – A Cause for Hope not Complacency 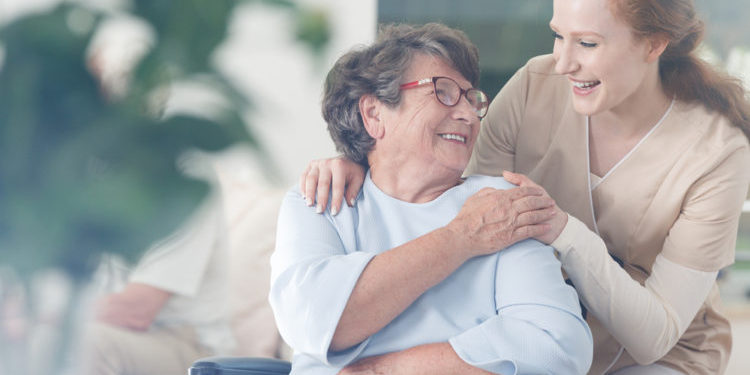 As bowel cancer specialists, it is great to be able to report that bowel cancer survival rates in the UK have more than doubled in the last 40 years – up from 45% to 75% in adults overall.  Survival rates have gone up 7% since 2012.

Cancer Survivor’s Day was celebrated earlier this month, on 3 June.  Whilst this is, undoubtedly, a reason to be hopeful it is not a reason to be complacent.

The fact is, more than 41,200 people are diagnosed with bowel cancer in the UK each year and it is still the second most common cause of cancer death in this country behind lung cancer.

Nearly 16,000 people still die from bowel cancer in the UK each year, a statistic that could be improved with increased awareness of both early symptoms and the importance of screening tests.

Prevention is always better than cure

So first, there are things that you can do to lower your risk of developing colon or rectal cancer. These include:

What increases your chances of surviving colorectal cancer?

If you are diagnosed with colorectal cancer, your chances of survival are predominantly influenced by two key factors –

There is a small rise in the downward trend for survival rates in women in their 50s, and in men and women aged from 60-69. It is probably no coincidence that this is when national cancer screening programmes begin, showing that early detection and awareness is crucial.

95% of people diagnosed with Stage 1 bowel cancer will survive

However, by the time the cancer reaches Stage 4, survival rates are just over 40% for men and around 35% for women. 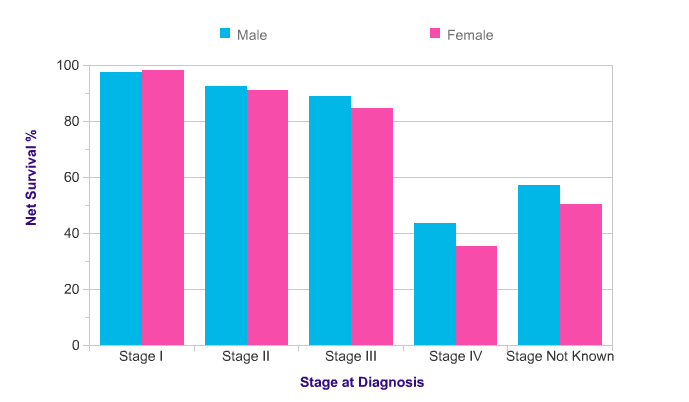 The above graph from Cancer Research UK, shows survival rates for men and women depending on the Stage of diagnosis.

“As someone who deals with late stage colorectal cancers, I cannot stress strongly enough how important bowel cancer screening is. The earlier a cancer is detected, the greater your chances of survival.” Mr Jamie Murphy

Screening for bowel cancer is actually very straightforward yet still only 60% take up the test.

If take up was 75% – the same as for breast cancer and cervical cancer – another million people would be tested with the potential to save more lives.

Everyone between the ages of 60 and 75 in England, Wales and Northern Ireland receives a home test through the post every two years. It is called a Faecal occult blood test. You use the cardboard sticks provided to smear two small samples of poo onto a special screening card which you then post in the freepost envelope for analysis. You receive your results in about two weeks. Any abnormal results are followed up with a further test or colonoscopy.

Screening can pick up early traces of cancer, sometimes even before there are any symptoms.

As well as participating in screening, you can look out for symptoms which can sometimes be caused by bowel cancer.

Over 80% of bowel cancer cases are in over 60 year olds, but approximately 10% are in people between 50 and 60 years of age. The screening test is not yet available to over 50’s, except in cases where there is a family history or another factor.

For peace of mind, over 50 year olds, particularly if you have a history of bowel polyps or of colorectal cancer in your family, should seek specialist advice.

Dr Jamie Murphy will perform a virtually pain-free investigation called a colonoscopy that is the most accurate test to detect early signs of colon or rectal cancers. Contact us for more information if you are concerned about your health.