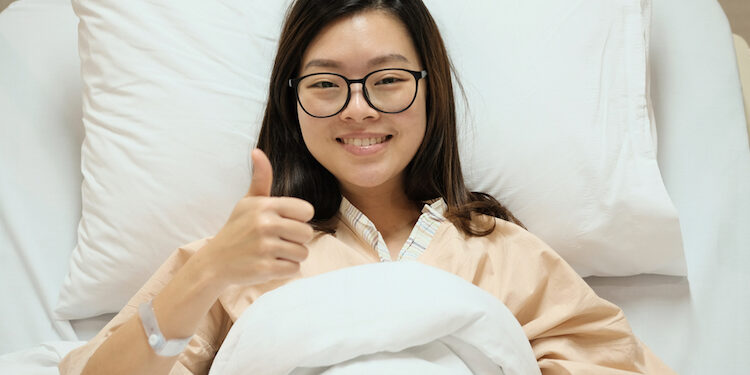 An unusual type of transplant is offering hope to millions of people with ulcerative colitis. A stool transplant – or faecal microbiota transplantation (FMT) – was shown to be successful in treating patients with the condition during a research study at the University of Adelaide.

The research could potentially transform the treatment of ulcerative colitis, an inflammatory bowel disease that affects the lining of the large intestine and rectum.

Around 146,000 people in the UK have the condition which causes pain, blood in the stools and an increased risk of colon cancer. It is more common in white people of European descent, especially people of Ashkenazi Jewish descent.

Current therapies tend to work by suppressing the immune system but this can lead to infection and malignancy. This study found that FMT has similar levels of efficacy but without the harmful side-effects.

The randomised double-blind study, involving 73 adults with mild to moderate ulcerative colitis, looked into the effects of treating patients with donor FMT that had been anaerobically processed, or their own stool as a placebo. Patients were given a colonoscopy followed by two enemas.

A short course of low-intensity pooled donor FMT prepared in an anaerobic environment was shown to lead to remission in ulcerative colitis, the study found.

People given FMT showed a 32% remission rate compared to 9% in those given the placebo. These results compare with the best therapies currently available.

While other studies have been conducted into FMT, this is the first time that researchers have used anaerobic stool processing. This is an important advance because many gut bacteria die when they are exposed to oxygen so processing them anaerobically helps to ensure that a large number of them survive to be administered to the patient.

The researchers believe this helped to contribute to the good therapeutic effect using only a small number of treatments in this trial.

The research, which was published in the journal JAMA, was a collaboration between the University of Adelaide, South Australian Health and Medical Research Institute, CSIRO and CALHN (SA Health)

In light of the study, an agreement has been reached with a UK-based company called Microbiota to commercialise the development of a microbial therapeutic. The idea is to develop a pill that will contain the bacteria without having to take the whole faeces.

Further studies are looking into whether FMT can maintain remission in ulcerative colitis.

Could you have ulcerative colitis?

Ulcerative colitis is an autoimmune condition, which means the immune system malfunctions and starts to attack healthy tissue. Scientists are unsure of the cause but many think it is a combination of genetic and environmental factors. The immune system appears to mistake harmless bacteria in the colon for pathogens and begin attacking the tissues of the colon, causing pain and inflammation.

There is no cure for ulcerative colitis so the aim is to relieve symptoms during flare-ups and prevent them from returning. Current treatments include

If you have been diagnosed with ulcerative colitis or have symptoms that may indicate you have the condition, talk to us.

We can arrange a diagnosis if necessary and talk to you about the range of options available to manage the symptoms.