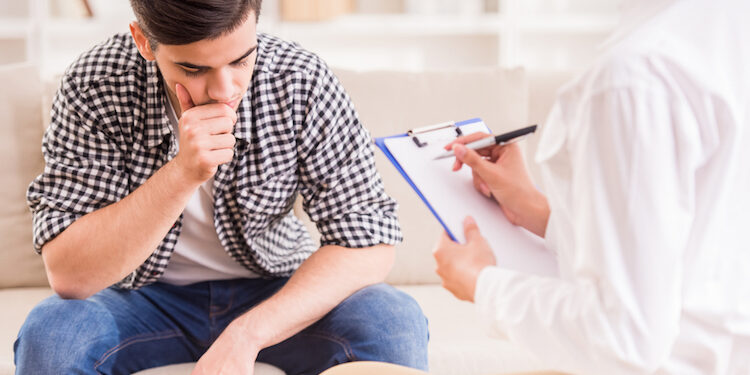 Bowel cancer is the UK’s second biggest cancer killer. Every year around 2,100 people under the age of 50 are diagnosed with the disease. Yet a misconception persists that bowel cancer is an older person’s disease.

Not only is such a perception inaccurate, but it is potentially dangerous as it means that younger people tend to overlook the symptoms of bowel cancer if they have them, believing they cannot contract the disease.

More than 400 bowel cancer patients under 50 were asked to share their experiences and opinions. Only one in five of them were aware that they could be at risk of bowel cancer before they were diagnosed.

Fifty-seven per cent of those surveyed said they did not know what symptoms to look out for and more than a quarter (27%) didn’t see their GP for more than three months after developing symptoms. 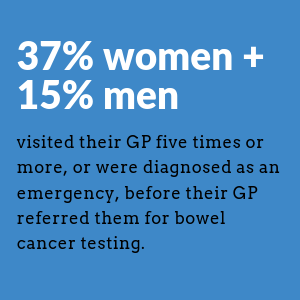 As well as delays in seeking a diagnosis, the people surveyed reported wide variations in the treatment they received. A quarter said they felt ignored by their GP.

Thirty-seven per cent of women and 15% of men visited their GP five times or more, or were diagnosed as an emergency, before their GP referred them for bowel cancer testing.

It took more than a year for one in five of those surveyed to be diagnosed after first reporting problems to their GP.

This is particularly alarming as bowel cancer is a treatable disease if caught early. In fact, nine of out 10 people who are diagnosed in the earliest stages of the disease will survive for five years or more. This compares with fewer than one in 10 people when diagnosed at the latest stage. 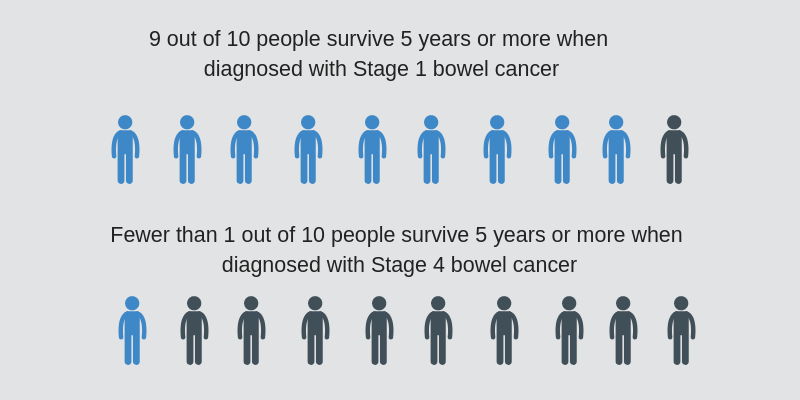 Once diagnosed, half of the people surveyed were not offered genetic testing either for themselves or their families. This, too, is an alarming statistic as several genetic conditions, such as Lynch syndrome, significantly increase the risk of bowel cancer in young people.

Half of the respondents did not receive enough information on what to expect from the treatment, including any potential side-effects, and half of those who wanted advice on the impact treatment would have on their fertility did not receive it.

It is important for both patients and GPs to understand that bowel cancer is a disease that can affect people of any age and to know the signs to look for.

Bowel cancer screening is one of the most effective ways of identifying the disease early, but currently NHS screening in England does not routinely begin until the age of 55.

Private screening is becoming increasingly popular as it can be carried out at any age and at a time and location to suit the individual. It offers a comprehensive bowel cancer check and can even help to prevent the disease by picking up polyps before they become cancerous.

For more information about private bowel cancer screening, or if you are worried about possible bowel cancer symptoms, contact us for a consultation.