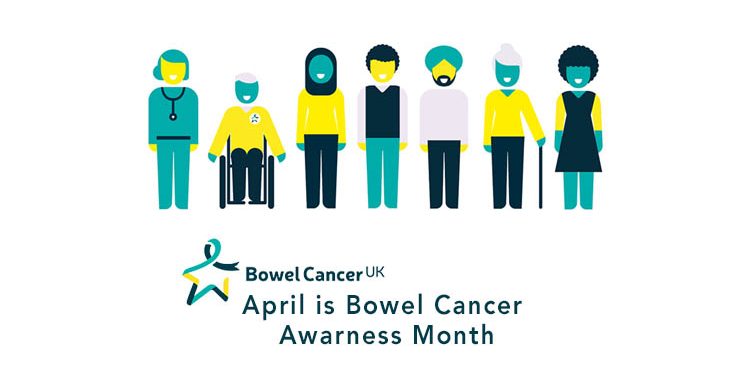 Bowel cancer is the second biggest cancer killer in the UK. However, alarmingly many people have little to no awareness of the symptoms they need to look out for.

This April has marked Bowel Cancer Awareness Month and it’s time to start raising awareness of the symptoms that accompany this terrible disease. It is estimated that in April alone, there will be approximately 3,500 people diagnosed with bowel cancer in the UK. Around 1,500 people will also die from the disease in just one month.

So, what symptoms should you be looking out for to detect bowel cancer as early as possible?

The reason a lot of bowel cancer cases are picked up too late, is because people are often embarrassed by the symptoms. With little awareness over how serious the symptoms can be, many put them down as a simple yet embarrassing issue.

Bowel cancer symptoms: Blood in your stools or bleeding from your bottom

One of the main symptoms to look out for is signs of bleeding from your bottom. You may notice blood in your stools or coming from your anus.

If you are losing weight without any obvious cause, it could be a sign of cancer. However, this is one of the less common symptoms people experience. You will also typically find that you either have no appetite, or you feel bloated and sick.

A common symptom of bowel cancer is a persistent change in bowel habits. It could be that your stools are looser than usual, and you need to empty the bowels more frequently. Or, you may have the opposite effect where you can’t go as often as usual. You may also feel like the bowels aren’t emptying completely.

Whatever persistent change you are experiencing in your bowel habits, it should be checked over by a doctor if the changes are unexplained.

Bowel cancer symptoms: A lump or pain in the abdomen

If you experience pain or a lump in the abdomen that isn’t going away, it could be a sign of bowel cancer. A lump may also form in the back passage. If it is impacting how you eat and sleep, you will need to get it looked into.

Finally, the last symptom to watch out for is extreme fatigue for no apparent reason. If you are always tired and there is no obvious cause, it could be a cancer warning sign.

The above are the main symptoms to look out for. If you have more than one of the symptoms, then you should definitely get them checked out by your GP.